Nickelodeon Australia put together a public service announcement (PSA) in honor of father’s day.  The premise is that dads all over the world are telling poor, barely humorous jokes to their children.  It is having an effect.  It is no laughing matter.  Definitely worth watching.

I stumbled on John Oliver’s show “Last Week Tonight” a few weeks ago.  It is very humorous commentary.  Here is the latest one about issues with elected judges.  It does have a lot of bad language, so not recommended for kids.  But it will keep the adults entertained.

Some things to look forward to: 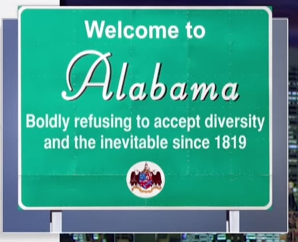 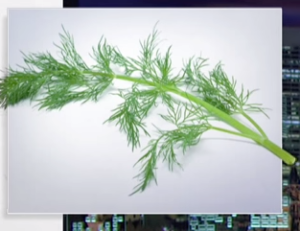 You might also be questioning the location of Bolivia.

I’ve been reading through: Great One Liners

Here are some really good ones from today:

To err is human, but to really foul things up requires a computer

Never do card tricks for your poker buddies.

Never mess up an apology with an excuse.

Government’s view of the economy could be summed up in a few short phrases:  If it moves, tax it.  If it keeps moving, regulate it.  And if it stops, subsidize it.  —Ronald Reagan

Inside every senior citizen is a younger person wondering, “What the hell happened?”

A will is a dead giveaway.

A clear conscience is usually the sign of a bad memory.

When I die, I want to die like my grandfather–peacefully, in my sleep.  Not screaming, like all the passengers in his car.

I think I know how Chicago got started: bunch of New Yorkers said, “Gee I’m enjoying the crime and the poverty, but it just isn’t cold enough.  Let’s go West.”  — Richard Jeni

When someone says “penny for your thoughts” and you put your two-cents in, where does the extra penny go?

Why is it that if someone tells  you that there are 1 billion stars in the universe you believe them, but if they tell you a wall’s paint is wet, you will touch it to be sure?

A verbal contract isn’t worth the paper it’s written on. —Samuel Goldwyn

Television is a medium because it is neither rare nor well done.  — Ernie Kovaks

My husband and I divorced over religious differences.  He thought he was God and I didn’t.

The quickest way to double your money is to fold it in half and put it back in your pocket.

The quickest way to find something lost around the house is to buy a replacement.

Nobody is listening until you make a mistake.

For every action, there is an equal and opposite criticism.

I got this email from a friendâ€¦ Thought I would share.

1. Do not argue with an idiot. He will drag you down to his level and beat you with experience.
2. The last thing I want to do is hurt you. But it’s still on my list.
3. Light travels faster than sound. This is why some people appear bright until you hear them speak.
4. If I agreed with you, we’d both be wrong.
5. We never really grow up, we only learn how to act in public.
6. War does not determine who is right – only who is left.
7. Knowledge is knowing a tomato is a fruit. Wisdom is not putting it in a fruit salad.
8. Evening news is where they begin with ‘Good Evening,’ and then proceed to tell you why it isn’t.
9. To steal ideas from one person is plagiarism. To steal from many is research.
10. A bus station is where a bus stops. A train station is where a train stops. On my desk, I have a work station.
11. I thought I wanted a career. Turns out I just wanted PAYCHECKS.
12. Whenever I fill out an application, in the part that says, ‘In case of emergency, notify:’ I put ‘DOCTOR.’
13. I didn’t say it was your fault, I said I was blaming you.
14. Women will never be equal to men until they can walk down the street with a bald head and a beer gut, and still think they are sexy.
15. Behind every successful man is his woman. Behind the fall of a successful man is usually another woman.
16. A clear conscience is the sign of a fuzzy memory.
17. I asked God for a bike, but I know God doesn’t work that way. So I stole a bike and asked for forgiveness.
18. You do not need a parachute to skydive. You only need a parachute to skydive twice.
19. Money can’t buy happiness, but it sure makes misery easier to live with.
20. There’s a fine line between cuddling and holding someone down so they can’t get away.
21. I used to be indecisive. Now I’m not so sure.
22. You’re never too old to learn something stupid.
23. To be sure of hitting the target, shoot first and call whatever you hit the target.
24. Nostalgia isn’t what it used to be.
25. Change is inevitable, except from a vending machine.
26. Going to church doesn’t make you a Christian any more than standing in a garage makes you a car.
27. A diplomat is someone who tells you where to go in such a way that you actually look forward to the trip.
28. Hospitality is making your guests feel at home even when you wish they were.
29. The early bird may get the worm, but the second mouse gets the cheese.
30. When tempted to fight fire with fire, remember that the Fire Department usually uses water.
31.  Where there’s a will, I want to be in it. 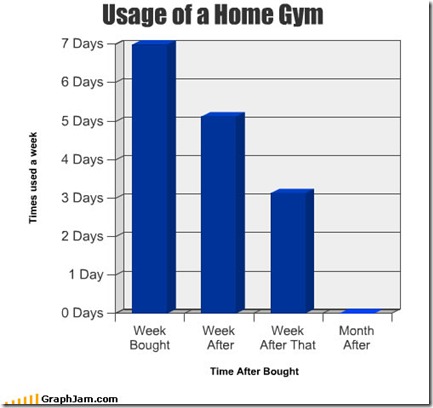 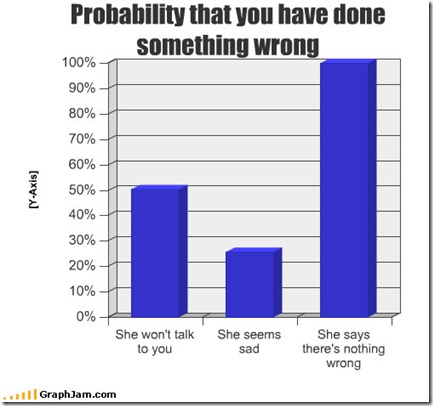 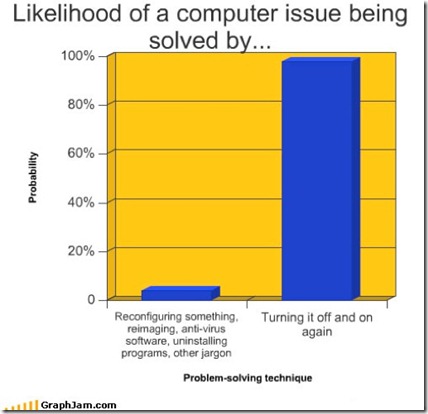 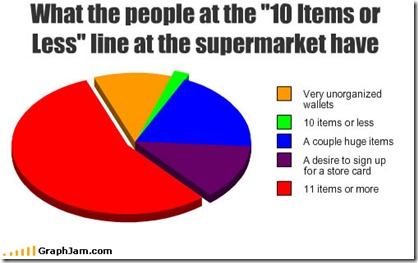 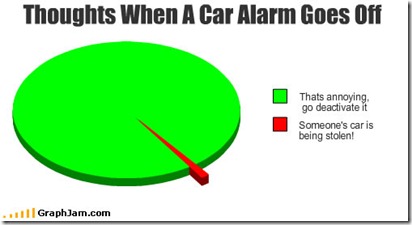 One of my friends, has a friend that is a comedian.Â  I watched and voted for his act on Famecast.Â  Take a look and vote:

He has some of his skits posted on his website:

Â A blonde lady motorist was about two hours from San Diego when she was flagged down by a man whose truck had broken down. The man walked up to

Â  the car and asked, “Are you going to San Diego?”

Â  “Not for me I’ll be spending the next three hours fixing my truck. My problem is I’ve got two chimpanzees in the back which have to be taken

Â  to the San Diego Zoo. They’re a bit stressed already so I don’t want to keep them on the road all day. Could you possibly take them to the zoo for me?”

Â  “I’d be happy to,” said the blonde. So the two chimpanzees were ushered into the back seat of the blonde’s car and carefully strapped into their seat belts. Off they went.

Â  Five hours later, the truck driver was driving through the heart of San Diego when suddenly he was horrified!! There was the blonde walking down the street and holding hands with the two chimps, much to

Â  the amusement of a big crowd.

Â  With a screech of brakes he pulled off the road and ran over to the blonde.

Â  “What the heck are you doing here?” he demanded, “I gave you $100 to take these chimpanzees to the zoo.”

Just to make you smile………From today’s Sydney Morning Herald
Â
EASTER has been celebrated around the world in the traditional manner.

At the White House, President Shrub took the first ceremonial bite from a 181-kilogram hot cross bun baked by the Bible-Believing Halliburton Executives of America and called for world peace.

“This cookie is why, um, we got Eden and Eve in The Garden of, er, Adam and all that stuff,” the President said. “The United States will not leave Iraq till, um, them folks there get with the Bible good news.”

In Rome, pilgrims from around the world flocked into St Peter’s Square to hear the midnight Easter message from Pope Benzedrine. In a solemn ritual as old as Christianity itself, television cameramen battled to obtain a close-up shot of a pious but regrettably ugly nun clutching a candle.

Speaking in his native German and then a language Vatican officials believed might have been Swahili, the Pontiff called on the father of Anna Nicole Smith’s baby to come forward and confess.

“Zeigen Sie uns das Geld,” he told the crowd. “Show us the money.”

An older lady gets pulled over for speeding…

Older woman: Is there a problem sir?
Officer 2: One of my officers told me that you have stolen this car and murdered the owner.
Older Woman: Murdered the owner?
Officer 2: Yes, could you please open the trunk of your car, please.
The woman opens the trunk, revealing nothing but an empty trunk.
Officer 2: Is this your car, ma’am?
Older Woman: Yes, here are the registration papers. The officer is quite stunned.
Officer 2: One of my officers claims that you do not have a driving license.
The woman digs into her handbag and pulls out a clutch purse and hands it to the officer.
The officer examines the license. He looks quite puzzled.
Officer 2: Thank you ma’am, one of my officers told me you didn’t have a license, that you stole this car, and that you murdered and hacked up the owner.
Older Woman: Bet the liar told you I was speeding, too.


Don’t Mess With Old Ladies
If you want to brighten someone’s day, pass this on
Page 1 of 3123