Accomplishments the week before April 26, 2020:

Accomplishments the week before April 19, 2020:

* Finished John Scalzi’s “The Last Emperox” the final book of the Interdependency Trilogy. I started reading Scalzi last year starting with the “Old Man’s War” series. And have read his first novel “Agent to the Stars”, “The Android’s Dream”, “Fuzzy Nation”, “Head On”, and many other books. I highly recommend Scalzi’s work

*Plans for the week
7 more Countdown To The Moon Interviews
Complete Day 5-11 in the “Learn Fusion in 30 Days” course
Create a better weekly highlights video for next week by:
*Creating a script
*Learning basic video editing Thought for the week: You can do what you are willing to put your mind and energies toward. You can make this world a better place. 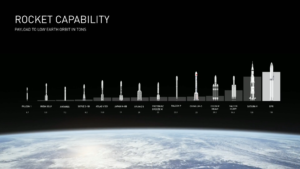 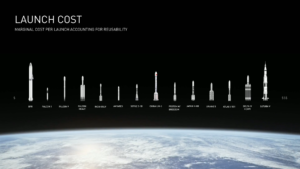 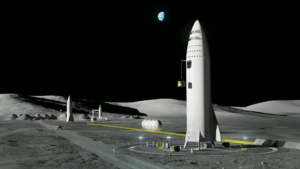 Isaac Arthur has created a number of videos that walk through the logic and process of space exploration, industrialization, and colonization.

On the timeline summary of the Universe, there are several key points:

The jump of life from one planet to another would be something that would be on that list AND we could do it in our lifetime.  Lets do it!

In 1970 there were roughly half as many humans as in 2016 and the growth continues.  The 7.4 billion that are on the Earth in 2016 are on average living longer, more materially better lives than the 3.7 billion in 1970.  The people of 2016 are more connected and more empowered, have better access to food, clean water, and information than those in 1970.  Some people are concerned about needing to limit the population growth but Jeff Bezos, the founder of Amazon and Blue Origin, recently talked in an interview about the possibilities of having a trillion people.

It is difficult to imagine Earth sustaining a trillion humans.  But when you consider all the resources and real estate in our solar system alone, a trillion might be a low number. Consider Mars, Earth’s moon, the moons of Saturn and Jupiter, big asteroids, and all the empty spaces in between.  Perhaps we will even develop the technology to tame Venus and turn it into another Earth.   At that point it would be difficult imagine anything that we could not overcome.

When we have a fully developed and fully connected solar system, it will be possible to shift around where goods are made, food is grown, and energy is produced.  Perhaps all industrial activity will be moved beyond Earth with the finished products delivered in an ecologically benign way.  Earth as a whole might become a protected garden.  A place for people to come and admire a natural world that was the cradle of all known life; that gave rise to an intelligent species that would do intelligent things.

What about the trillion people with experiences unlike anybody today?  How many great people there will be!  There will be Newtons living on worlds with 1/3 gravity from birth and will develop a completely different view point on life than their Earthly cousins.  Aristotles growing up on Jupiter’s moon with the giant red storm constantly in the sky and new thoughts about the meaning of life. Einsteins living in weightless environments with a completely new insight into the laws of the natural world.   Edisons living in places where water and air are not as easy to come by who develops new inventions to make it stretch. Unique life experiences lead to unique perspectives develop new insights.  Impossible for us to understand today much less imagine.

Today when we are stuck on earth, the some see the nearly 8 billion people like a problem that needs to be managed.  But when we open up the heavens and move as freely between planets as we move between continents today, then a trillion people will be just the beginning.

Humanity is standing at a fork in the road of time.  A choice that will be looked back upon for the significance of choosing rightly or will be buried under the sands of time with the rest of us.  A choice of maintaining the unnatural view that earth is the center of the universe or to accept the fact that the earth is just a little island in a great archipelago.

What other islands are there?  The moon, a three day journey hovers in the night sky with preserved footprints from a generation that dared to go.  A reminder, that great heights once scaled can become beyond reach.  Mars, a journey of some 6 months, a world with ice, an earth like day, and mineral resources to create familiar settings.  The moons of Jupiter and Saturn lay beyond.  In the spaces between, Asteroids and comets fly by like golden nuggets in the stream of the universe awaiting for the prospector’s faith to reveal their value.

We can go.  We can build ships to go to these worlds. Build structures to protect and support life.  Build systems that would allow for us to thrive there.  We could learn to make productive use of the resources of our system.  Develop the technology to live on other worlds and even between those worlds.  A huge challenge that is worthy of us to inspire and unleash our potential as only a nearly impossible challenge can.

Then once we have develop the confidence, technology, and, more importantly, the right perspective, we will be able to take that next step of sending life to another string of islands in another system.  A process that would take centuries, but once begun would lead to the populating of life throughout the universe.  And people would look back on this time with awe and disbelief that we could have done something other than accept this challenge.