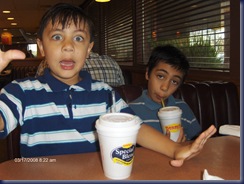 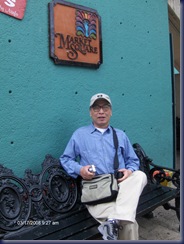 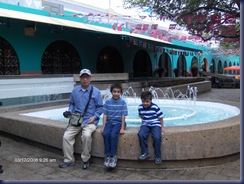 San Antonio is one of my dad’s favorite places to visit.  We used to come here all the time.  And we were here in 1992 when the Governor from Arkansas, Bill Clinton, cam to San Antonio to campaign.  We were staying in my dad’s favorite hotel, the Menger.  And Bill Clinton was staying there too (I think..)  I remember there being a big crowd of people outside of the hotel, and barely seeing Bill Clinton.

Well, Bill Clinton likes to jog.  And there is a painting of him at La Terra with him jogging.  It is one of those things that you remember, that you have to find.  Anyway, find it I did: 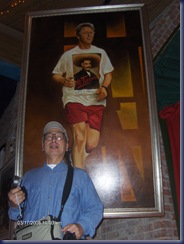 Apparently Mr. Clinton was here a few weeks ago for the Texas Primaries.  And he signed the picture: 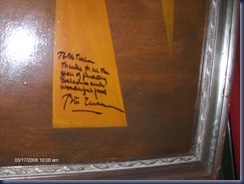 We also got to listen to live music: 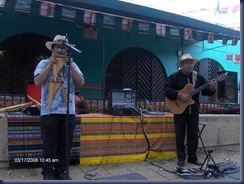 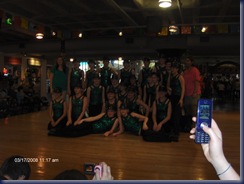 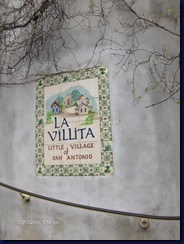 There was this very cute chess set.  The Spanish Conquistadors against the native americans.  I would have gotten it if it wasn’t $50… Maybe next time… 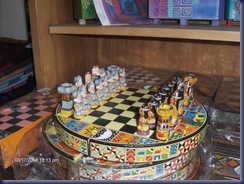 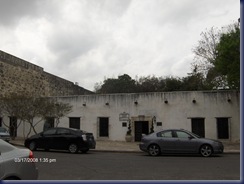 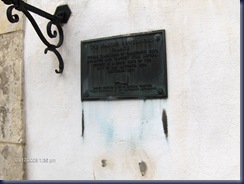 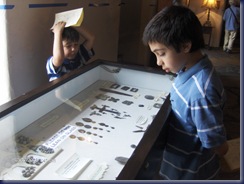 The children got to play with replicas of toys that were common back when the Spanish Governor’s palace was in use. 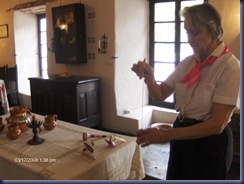 Two missions on the mission trail 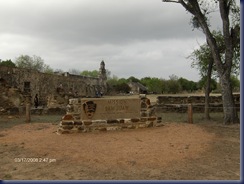 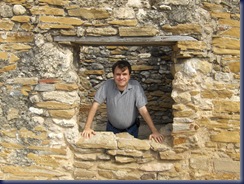 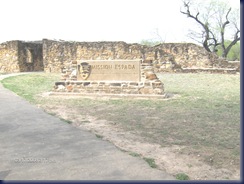