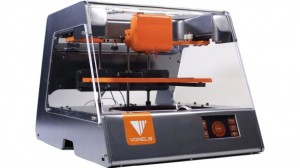 The Voxel8 3D printer (www.voxel8.co/) can print cavities to place electronics and components and print conductive material to connect them.  The video from CES will give you an idea of what they can do.  They print a quadcopter frame, pausing to have the controller board, motors, LED inserted in, and print the conductive material to connect them together.  Pretty amazing that it is only $9,000.

Voxel8 3D printer can print a complete quadcopter, including the circuits

My main goal for today is to be able to learn to do basic things in SolidWorks.  This is a popular CAD package that can be used for mechanical design.  I have some visions for some robotic devices, and I think the first step is to be able to get them into some tangible form.  The Artisan’s Asylum has a computer lab with SolidWorks installed.  And I have a class tonight on Analog Electronics that I have to go there for anyway.  So my plan is to buy a day pass, spend the day going through tutorials and creating some very basic physical designs.

At the present time I am on the Amtrak Downeastern to Boston, and I thought it would be good to find a few tutorials that I could work through while I’m there.  Here is what I found:

I found this “How to build a Robot” tutorial for Solidworks.   It looks to take someone from not knowing anything to doing something fairly practical: www.solidworks.com/sw/education/9959_ENU_HTML.htm

I also found a number of other tutorials and sites to check out: 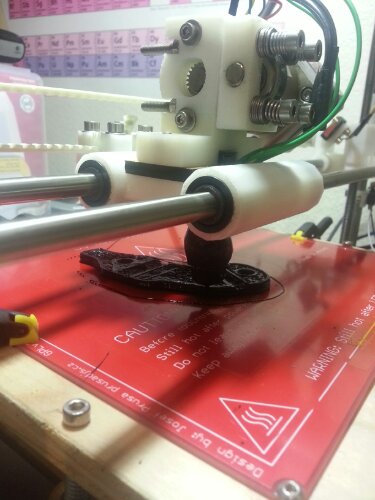 Reducing the bed temp to 45 degrees Celsius has kept the plastic parts from coming ip from the bed. I think it is becaise the heat bed’s temp sensor is poorly placed and that this compensates for it. 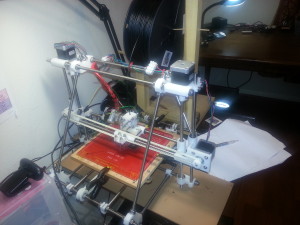 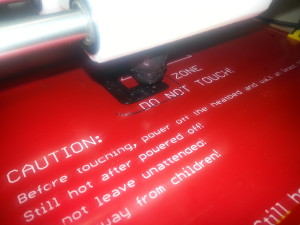 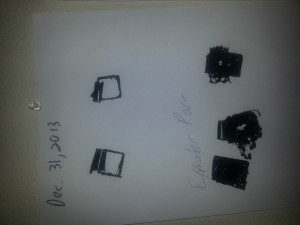 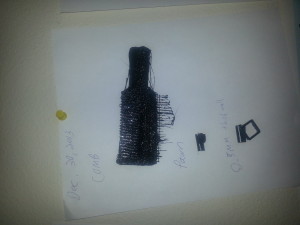 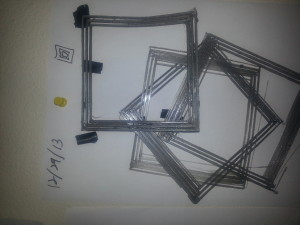 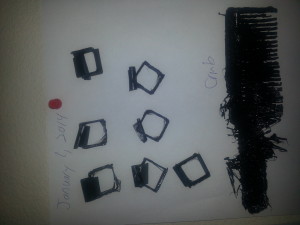 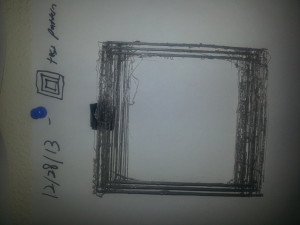 “HAPPY NEW YEAR” was the text message I received.  “Thanks!! Happy new year!! Any new year’s resolutions?”  I texted back.

Setting New Years resolutions is a traditional as fireworks (and often just as short lived.)  Setting them is something that we do every year, and often forget by the mid part of January.  We usually think of them at the last moment on Dec. 31st, or when we are asked.  Or it is something that we have been struggling to do for a while and are looking for a way to make progress.

Seems like a good goal.  But how does one “become happier”?  My experience is that trying to be happy is sort of like trying to fall asleep.  The more you focus on it, the less likely it is to happen.  “Happiness is something that happens when you are making other plans” is what my Grandmother used to say.   So, what are the other plans that I plan to make?

“I was thinking of blogging something on gadgetnate.com everday.  I fiture if I have to write something everyday then it would force me to do something worth writing about.”

Or at least force me to look at part of my life, think about it, and put it in a form that would make sense on paper.  So that is my new year’s resolution.  And I hear by designate all you you readers out there my accountability partners to make sure I stay on track.

I recently got a kit for a Reprap Prusa Mendel 3D Printer.Â  I have not found a good way to explain this.Â  But I found this 15 minute video that goes over it.