We went with some friends to Galveston

It was a little cold, so Stephen wore my jacket… 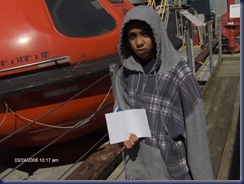 Then we visited the Hotel Galvez, which I thought was built before the flood.  But actually it was built several years afterwards:

then we went to the Titantic exhibit at Moody gardens.  They give everyone a different "boarding pass" with information about a passenger.  You do not find out until the end if they died or not. 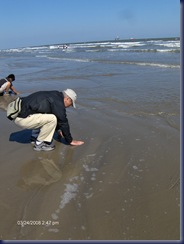 Next we rode across on the ferry: 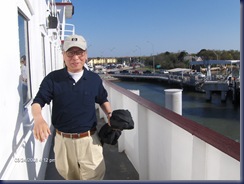 Then we went back home, and played some more Shogi 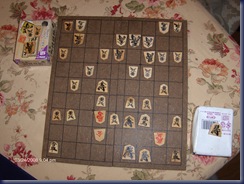