Ishmael by Daniel Quinn is one of the more thoughts provoking books that I have read in a while.   It is a book on philosophy framed as a discussion between an unlikely teacher and a pupil we can all related to.  There are several core ideas presented in the book:

1) Past performance is no guarantee of future returns.  Just because something has survived for many years does not mean that it will continue to do so.   Examples from the early days of flight are given to convince us of this.  Hopeful inventors with machines meant to fly being thrown off of cliffs.  They fly for a while, but regardless of how much effort the pilot expends, they will not stay in the air.  Machines like in this video: www.youtube.com/watch?v=8y3fIr4dVYE

2) The web of life is being trimmed and cut away so that it only supports man’s needs.  If an animal or plant does not help us then it is eliminated.  The robust web is being reduced to a fragile chain that needs only be broken at a few places to cause the entire system to collapse.

The book goes into more details and explains these concepts in more details.   Take a look at Ishmael by Daniel Quinn. 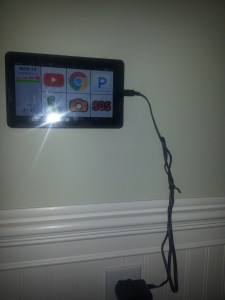 We have been slowly collecting tablets in the form of iPad (original), iPad mini, HP slates, and recently through a purchase of 2 RCA slates that we got for $65 from Walmart during the most recent black Friday sale.

My wife had a good idea of mounting one in the laundry room so that she can listen to music while doing laundry.  We have been thinking of other uses, example: intercom.

There are many options available for mounting.  They make mounts just for this purpose and there are a few really cool DIY ideas.  However, looking for something quick and simple, I decided to go with adhesive valcro tape.  This worked wonder.

I just put two strips on the back, and attached to the wall 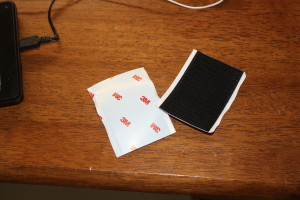 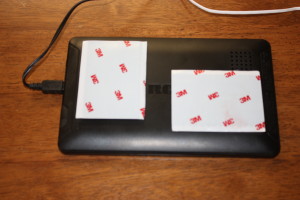 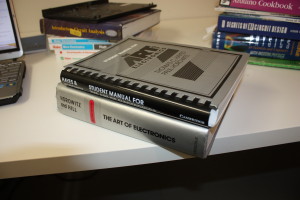 “The Art of Electronics” by Horowitz and Hill is the definitive guide to Analog and Digital electronics.  I had bought the 2nd edition over a decade ago, with the intention of going through it.  But this year is going to be the year.  And I am hoping that you will help me.

My plan is to go through a section a day, and to write a short blog post summarizing what I learned.  I have collected several electronics books, and I plan to make reference to them as I go on this journey.  These include:

In addition to a brief summary of what I learn from that section, I plan to create a video post, create additional exercises, and assemble related circuits.  I am hoping that it will be an exciting adventure, and that by having to produce a daily blog post, I will have the discipline to see it through.  And should I stumble, hopefully an encouraging comment or email from you will nudge me back on the path.

First thing is that I need some help by those that are familiar with Electronics.  I am an Amateur with hopes of achieving proficiency.  I do not want my struggles to cause problems for others following along.  Therefore, I would like to have someone knowledgeable review my notes before I publish them on this blog.  If you would be willing to help out, then please email me at nathan.price@gmail.com.  Let me know how much you would be willing to help out.  I figure each blog post would take 15 minutes or so to review.   I would like to give you credit for reviewing, but if you want to remain anonymous, then that is fine too.

Second, if you want to join this adventure, then sign up for email notifications as we get ready to start this journey, and then for updates as the journey begins:

I am already on the journey, but I do not plan to start publishing them till February 1, 2015.  This will give me a chance to have them reviewed, and will give me a little buffer.

Also, I plan to create a lot of circuits and do demonstrations.  If you have some extra components that you can donate to me, that would be great!  Email me at nathan.price@gmail.com with the details.  Also, if you are interested in supporting this journey financially, then donations would be welcomed.  (I converted my PayPal to a commercial account some years back, and it seems it can’t be converted back.  So the donations would say that were to ISpeakHindi.com, which is another website created with the same idea of having to commitment of studying each day.  That site was semi-successful as now I can read/write/speak/understand basic Hindi…)

For now, go ahead and order the book so that you can join along…

Today I have been working on importing a text file into Excel and using VBS to do some processing and transformation of it.  In the process I found 3 things worth sharing/commenting on:

1) You may be familiar with the “trim()” function in Excel and in VBS.  It removes extra white spaces in a string.  But did you know that there is a “clean()” function in Excel that will remove “non-printable” characters.  There is a good write up of it at www.globaliconnect.com/excel/index.php?option=com_content&view=article&id=118:excel-text-and-string-functions-trim-a-clean&catid=78&Itemid=474

3) File paths from VBS in Mac are not what you expect.  You can not just put in the /path/to/the/file.txt and expect for it to work.  Still a little more work to figure this one out. 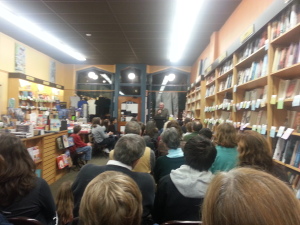 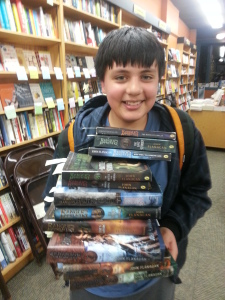 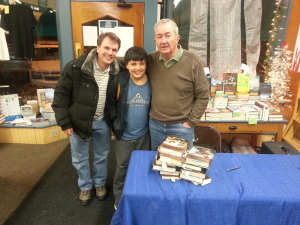