I’ve been reading through: Great One Liners

Here are some really good ones from today:

To err is human, but to really foul things up requires a computer

Never do card tricks for your poker buddies.

Never mess up an apology with an excuse.

Government’s view of the economy could be summed up in a few short phrases:  If it moves, tax it.  If it keeps moving, regulate it.  And if it stops, subsidize it.  —Ronald Reagan

Inside every senior citizen is a younger person wondering, “What the hell happened?”

A will is a dead giveaway.

A clear conscience is usually the sign of a bad memory.

When I die, I want to die like my grandfather–peacefully, in my sleep.  Not screaming, like all the passengers in his car.

I think I know how Chicago got started: bunch of New Yorkers said, “Gee I’m enjoying the crime and the poverty, but it just isn’t cold enough.  Let’s go West.”  — Richard Jeni

When someone says “penny for your thoughts” and you put your two-cents in, where does the extra penny go?

Why is it that if someone tells  you that there are 1 billion stars in the universe you believe them, but if they tell you a wall’s paint is wet, you will touch it to be sure?

A verbal contract isn’t worth the paper it’s written on. —Samuel Goldwyn

Television is a medium because it is neither rare nor well done.  — Ernie Kovaks

My husband and I divorced over religious differences.  He thought he was God and I didn’t.

The quickest way to double your money is to fold it in half and put it back in your pocket.

The quickest way to find something lost around the house is to buy a replacement.

Nobody is listening until you make a mistake.

For every action, there is an equal and opposite criticism.

QS15 is a two-day working meeting of pioneering self-trackers, toolmakers, artists, designers and engineers, followed by a grand, day-long, public exposition. Please join us as we inspire each other with our self-tracking projects, try out new tools, and shape the future of Quantified Self.

There are quite a few things going on that have the potential of expanding people kind’s place in the universe. It is sometimes hard to keep track of them, so here is a list to get you started:

Getting to Orbit (or close)

Place to stay after you get there

Learning about the Universe

These are just a few.  If you know of other space projects and activities that we should be keeping an eye on, then please leave a comment.

I’ve been thinking, how to get people to read the books I am interested in and have them do something with it.  I have decided to try a writing contest based upon some of my favorite (or yet to be discovered) books.    Please join the Writing Contests Announcements mailing list to be kept up to date.

I am still working out the details, but right now I am thinking of a monthly contest with a top prize of $100 paid through Pay Pal.

Really funny video about when the impossible (un-useful) things are asked for. 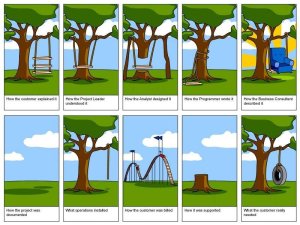 Running version where you can set up your own dashboard at quantifiedawesome.com/

Created by Sacha Chua (who I remember from years and years ago when I was researching wearable computing…Kind of neat to run across some of her more recent work. )  Sacha’s blog is at sachachua.com/blog/

There is a whole movement of people who track themselves.  You can learn more at quantifiedself.com/