I have started to use Create Commons licensed photos on my ISpeakHindi.com lessons.  Here are some examples:

I have been manually putting the attribution watermark on the pictures and the link back to the source of the picture.  Plus I have been using the creative commons search tool to find the pictures:

This probably means a few minutes of work for each picture that could be avoided.  At OpenCamp a wordpress plugin was demonstrated, but I use Microsoft Live Writer to write my posts.  And a Livewriter plugin would fit me better.  In a search for that, I found a lot of plugins for livewriter that look really good.  Take a look at this list: www.ampercent.com/useful-windows-live-writer-plugins/2695/

Do you use Microsoft Livewriter?  Do you know of a plugin for this?  What are your most useful and favorite plugins?

When Your Hut’s On Fire 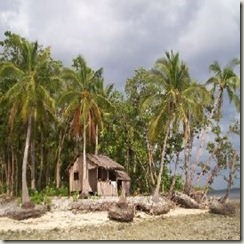 The only survivor of a shipwreck was washed up on a small, uninhabited island. He prayed feverishly for God to rescue him. Every day he scanned the horizon for help, but none seemed forthcoming.
Exhausted, he eventually managed to build a little hut out of driftwood to protect himself from the elements, and to store his few possessions. One day, after scavenging for food, he arrived home to find his little hut in flames, with smoke rolling up to the sky. He felt the worst had happened, and everything was lost. He was stunned with disbelief, grief, and anger. He cried out, ‘God! How could you do this to me?’
Early the next day, he was awakened by the sound of a ship approaching the island! It had come to rescue him! ‘How did you know I was here?’ asked the weary man of his rescuers. ‘We saw your smoke signal,’ they replied.
The Moral of This Story: It’s easy to get discouraged when things are going bad, but we shouldn’t lose heart, because God is at work in our lives, even in the midst of our pain and suffering.
Remember that the next time your little hut seems to be burning to the ground.. It just may be a smoke signal that summons the Grace of God.

P.S. You may want to consider passing this on, because you never know who feels as if their hut is on fire today..

There is a great circle to our experience.  Good leads to bad which then leads to good only to have the cycle repeat again.  It reminds me of a story my friend Brian Eckert once told me about â€œgood luck; bad luckâ€.

A man in the village found a wild horse.  All the villagers told him this was good luck to have found a new horse.  When his son went to tame the horse, the son got knocked off and broke his leg.  And everyone said this was bad luck.  (Notice though that the leg would not have been broken without the previous â€œgoodâ€ luck of getting the wild horse.)  Then an army comes through conscripting all the able bodied 20 some things.  The son doesnâ€™t get conscripted because of the broken leg.  Everyone says this is good luck.  (Which would not have happened without the previous â€œbadâ€ luck of the broken leg.)  And the tale could go on and on, alternating between â€œgoodâ€ luck and â€œbadâ€ luck.  One leading to the other.

The point is that you really have no way of judging todayâ€™s experiences because the final repercussions of them are not fully understood.  Suggestion: If you feel down, then keep hope.  If you feel good, then be careful.